Orchid Giving Circle at Texas Women’s Foundation had much to celebrate at its Grantee Celebration on October 2 at Toyota’s headquarters in Plano. The Giving Circle celebrated its fifth year by distributing $219,500 in grants to 14 nonprofit organizations to benefit the North Texas Asian community.

Orchid Giving Circle at Texas Women’s Foundation is a group of Asian women who work together, pool their resources and leverage their networks to award community grants that support social change and services benefiting the North Texas Asian community. Orchid members, representing a wide range of Asian cultures, ages, ethnicities and professions, have a goal to increase awareness of the local Asian population, their community needs and philanthropic opportunities.

Cynthia Yung, Orchid Giving Circle Co-chair, welcomed members and supporters. She gave an update of the organization and its growth: “From when we started in 2015 with a handful of members, to almost 60 members today, we’ve grown in numbers and collective impact. Our grants help support the under-served community of North Texas Asians, and for that, I’m thankful to all of you who support us with your treasure, talent and time. Also a special thanks to Texas Women’s Foundation for its tremendous support and to Toyota Motor North America for hosting us.” She also extended thanks to Alpha Graphics and Weber Shandwick for their support of Orchid Giving  Circle.

Orchid Giving Circle members wore white, purple and yellow to commemorate the suffrage centennial; women in Texas received the right to vote in state primaries in 1919 and the 19th Amendment was passed in the U.S. in 1920. To demonstrate the right-to-vote timeline, a group of men and women spoke about the history of voting in America, highlighting dates when various populations of whites and non-whites received the right to vote.

Orchid member Neena Newberry held conversations with several of the nonprofits to give snapshots of how the Orchid Giving Circle grants will help Asians in North Texas, from supporting transportation with Senior Source to funding social/emotional learning programs for refugee children in Vickery Meadow through Heart House. Two members, Mona Gupta and Seema Deshpande, shared how Orchid Giving Circle connected them to each other and to the community.

Roslyn Dawson Thompson, president of Texas Women’s Foundation, remarked, “Texas Women’s Foundation is very proud to host and support Orchid Giving Circle, which was the first in our family of four Giving Circles. We celebrate Orchid’s wonderful growth and success in bringing Asian American women together as a vibrant philanthropic network that provides such significant support for important organizations serving the Asian American community. Brava to Orchid Giving Circle’s for your fifth great year!”

Texas Women’s Foundation (formerly Dallas Women’s Foundation) is Transforming Texas for Women and Girls, empowering them to build stronger, more equitable communities. Since 1985, the Foundation has been a trusted leader in advancing social and economic change for women and girls in Texas. One of the world’s largest women’s foundations with more than $36 million in assets, the Foundation raises funding from a broad base of donors, including individuals, foundations and corporations. These resources support more than $6.3 million in investments that advance economic security and leadership for Texas women and girls through groundbreaking research, advocacy, grants and programs. The Foundation’s statewide research on issues affecting women and girls provides decision-makers and lawmakers with critical data to inform policies, practices and programs in the state. Its grant making and innovative programs support solutions that help Texas women and girls thrive. In addition, Texas Women’s Foundation is an acknowledged leader and advocate in the gender lens investing movement and has deployed 100% of its assets – endowments, operating investments and donor-advised funds – in a gendered impact portfolio that yields strong financial returns and measurable social benefits to women and girls. For more information, visit www.txwf.org to donate now. 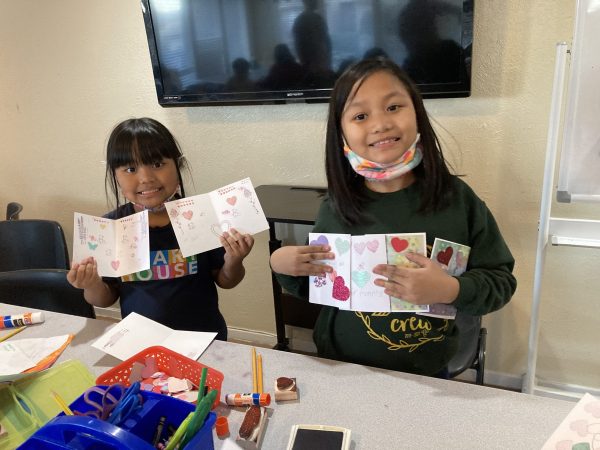